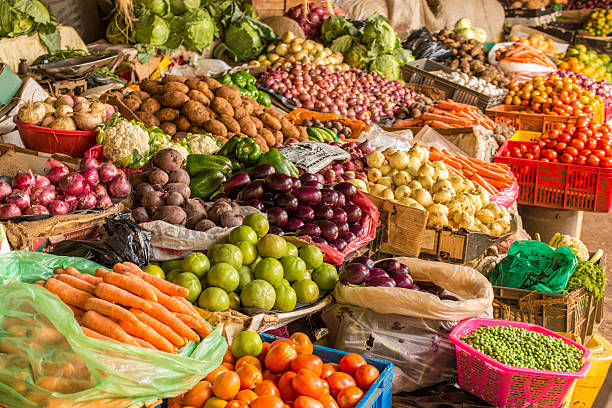 The Algerian, Morocco, Tunisia, Mauritania, Libya, and Egypt are among the nations that make up Northern Africa. Clearly, its meals have been affected over the years by the ancient Phoenicians (a Semitic civilization now known as Tunisia), who brought sausages and wheat, and Berber nomads, who modified wheat semolina to create couscous, which has become a primary staple.

After a few centuries, the Arabs arrived, bringing with them a variety of delicious spices such as cinnamon, ginger, nutmeg, cloves, and saffron. In the New World, foods like tomatoes and potatoes were introduced, and lamb was the main meat. (Casablanca is Morocco’s main harbor and the area where Humphrey Bogart’s character ran a bar.) The bulk of meals and regional cuisines include these highly exotic and strange-sounding foods:

Couscous: is a rice and potato substitute popular in many countries (including the United States), made from steamed and dried durum wheat.

B’stilla: commonly known as pastilla, is a Moroccan dessert that dates back to the ninth century. It is often a sweet and sour pigeon pie, although it can also be prepared with chicken or quail. Onions and spices like saffron and coriander, as well as almonds and beaten eggs, are wrapped in a thin warqa pastry that crisps up when cooked (a main course and dessert all-in-one).

Tajine: is a well-known Berber dish named for the pot it is cooked in; it is a basic, slow-cooked stew with meat, vegetables, spices, and dried fruit.

Shakshouka: is a Tunisian cuisine popular in Israel that is thought to have originated with Maghrebi Jews; it is created by blending chopped onions, chili peppers, tomatoes, and cumin until it creates a thick sauce and is topped with poached eggs.

Egypt’s national dish and a popular street snack in Cairo and Giza, consists of cooked fava beans with vegetable oil and cumin, garlic, onions, peppers, and hard-boiled eggs dating back to the fourth century.

l’hamd Marakad: pickled lemon, a key element in Moroccan food, one of the primary ingredients in salads, plates of vegetables, or flavored chicken meals; fermented for a month with lemon juice and salt;

Mhadjeb: also known as mahjouba, is a staple of Algerian cuisine and a popular street snack, filled with tomato paste and chopped cooked vegetables; if you say “transport me to the Casbah,” you will undoubtedly see these crepes, among other things.

Mechoui: a whole lamb grilled on a spit or in a pit, eaten with flat breads, dips, and yogurt;

Mrouzia: is a traditional Moroccan dish served during the Eid al-Adha celebration. A lamb tajine.

Authentic Northern African restaurants are difficult to find, especially outside of major cities, but if found, they are well worth the effort. Extending our understanding of diverse cuisines may be intimidating, but it is absolutely worth a try. So, if the opportunity arises, grab it. You may also buy a range of African cuisine ingredients online if you are an experienced multi-cultural cook.

Maafe: This traditional stew, sometimes known as a sauce or soup, is popular throughout West and Central Africa, although it is said to have originated with the Bambara people of Mali. It has several regional variants, but each one starts with roasted peanuts crushed into flour to generate the dish’s fundamental sauce.

The list of extra ingredients is lengthy, and it commonly includes tomato paste, fish or meat, usually beef, lamb, goat, or chicken, various vegetables, and several spices such as ginger, turmeric, coriander, or cinnamon. The variants frequently range in texture and consistency, while the side dishes are locally influenced and may contain anything from rice to couscous, fufu, or sweet potatoes.

In order to produce a great cuisine, a country must have four characteristics: an abundance of high-quality ingredients, a varied variety of cultural influences, a great civilization, and the presence of a sophisticated palace life.