Here are 10 African countries that offer the highest average monthly salaries in 2022. It’s another New month and many people across Africa has received their salaries. Congratulations! You’ve worked hard and earned your pay, or so we believe.

Well, we figured this is perhaps the perfect time to do a little comparison of the average salary across the continent of Africa, with focus on the top 10 countries with the highest average salaries.

To do this, we are using stats made available by Salary Explorer, a notable salary comparison and career resources website.

Before we proceed, it’s important to note that average salaries are calculated using feedback provided by respondents. In other words, researchers add salary samples gotten from the field from respondents together, then divide by the number of respondents. At the end, “the average salary is a good indicator in general but it does not tell the whole story,” Salary Explorer explained.

Now, keep reading to see whether your country made it to the top ten of African countries with the highest average monthly salaries. 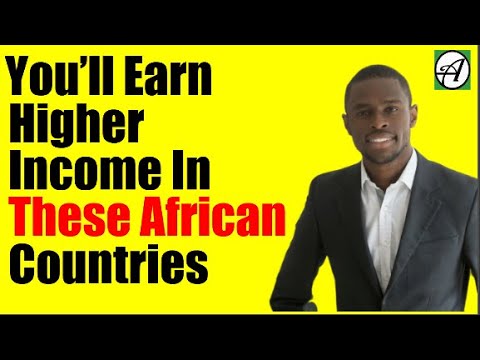 ABOUT US
hotgist.com.ng is a Nigerian online information portal for news, jobs, education, scholarships and grants, nysc news, npower news, and business news. At hotgist.com.ng, we bring to your door step, latest gists in Nigeria and beyond in many instances.
Contact us: debest642@gmail.com
© HotGist | All rights reserved